Studio C is a sketch comedy television show produced in Utah by BYUtv. The show traces its roots to the BYU sketch comedy troupe Divine Comedy, of which all original ten cast members were former members of. The show aims to produce clean, family-oriented comedy for a national audience, shedding the BYU-oriented humor of Divine Comedy. The show was originally planned to be named Common Room until being changed to its current name, a reference to the studio in the BYU Broadcasting Building where the show is primarily filmed in front of a live audience.

Episodes first started airing in 2012. The twelfth season premiered in October 2020, with a thirteenth season planned in 2021. They have also created several live events, specifically for the YouTube community, on which individual sketches are uploaded. This lets fans watch the cast play games and act out sketches, as well as ask questions on Instagram, Twitter, and YouTube, for them to answer during the events. Studio C has created popular characters such as Scott Sterling, Señor Lobster Bisque, Ann Withers, and International Relations.

Studio C currently has a YouTube channel with over 2.5 million subscribers. The channel features many sketches from the show, along with a few exclusive sketches and sketches that were cut from the original episodes. Studio C's most popular video is Top Soccer Shootout Ever With Scott Sterling, which currently has over 75 million views on YouTube. New videos are uploaded every Tuesday and Friday to the YouTube channel. 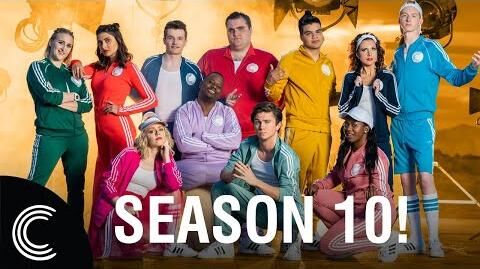